Facebook has responded to proposed new Australian laws by banning users from reading or sharing news on its platform.

Google had previously threatened to ban users in Australia from accessing its search engine, however, it has yet to follow through.

The ban has occurred as a result of Australia’s proposed new Media Bargaining law, which aimed to force social media companies and Google to pay news companies for their content.

Facebook’s announcement means any Australian news publications will no longer be able to share news via the platform.

It also means Australian users can no longer access any posts by news publications, whether they are based in Australia or internationally. When visiting news organisations Facebook pages, users are presented with an empty news feed. 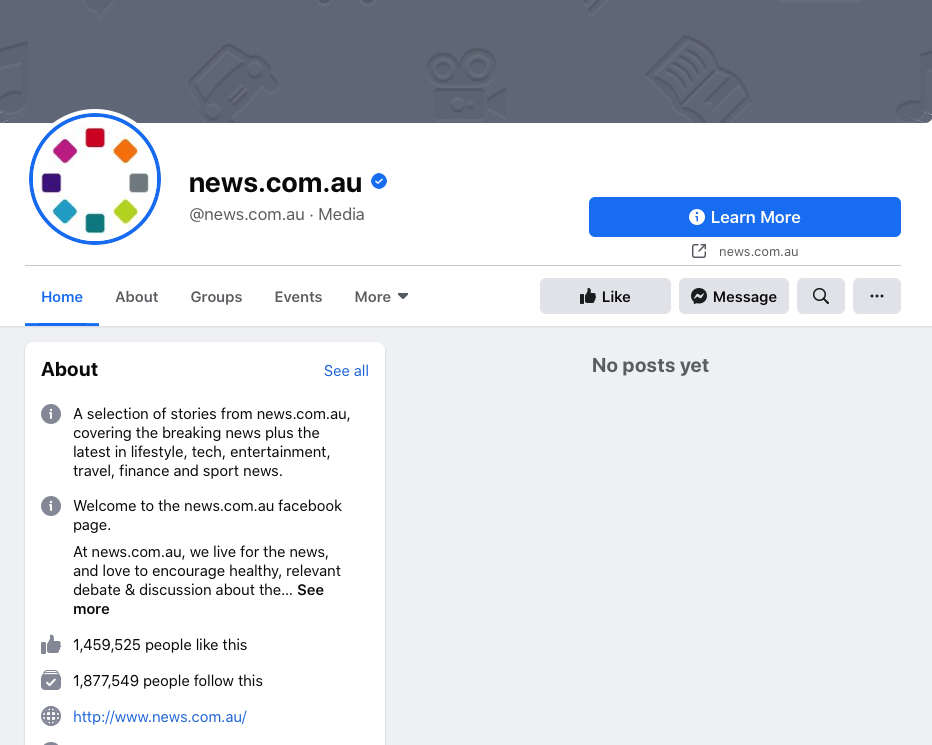 International users will also no longer be able to access any news from Australia.

The ban hasn’t just affected news publications; official government sources such as the Bureau of Metrology have been targeted, as well as parody news sites such as The Beetoota Advocate and comedy news tv shows such as Mad As Hell.

Why has the ban happened

Tech companies including Facebook and Google fronted an Australian senate enquiry in January 2021 regarding the federal government’s proposed new media reforms. If passed, these reforms would force Facebook and Google to pay news publications for using their platform.

Facebook’s Australian and New Zeland managing director Will Easton stated his response to the changes to the news in Australia in a blog post this morning.

“The proposed law fundamentally misunderstands the relationship between our platform and publishers who use it to share news content,” Easton said.

“It has left us facing a stark choice: attempt to comply with a law that ignores the realities of this relationship, or stop allowing news content on our services in Australia.”

“With a heavy heart, we are choosing the latter.”

Facebook’s deal follows the news of a deal struck between Google and News Corp. The deal will see Google make “significant payments” for displaying its content on its Google News Showcase.

The deal includes News Corp publications such as The Australian, The Daily Telegraph, the Herald Sun, The Courier-Mail, The Adelaide Adviser and news.com.au.

The three-year deal will see the development of a subscription platform, sharing of ad revenue, and investments undertaken into video journalism in partnership with YouTube.

Earlier in the week, Nine Entertainment, Seven West Media and Junkee all made similar announcements.

Deals involving ABC News and the Guardian Australia are expected to be announced shortly.

How has this change impacted you? Let us know in the comments.